The year was 1832. America was still a young country, but it was already growing, with 24 states in the Union, and lots more to come. In the meantime, the nation’s commerce was in full swing, and the old town of Yardley was a stopping point for the farmers carrying their rich bounty down the Delaware River to Philadelphia’s Front Street Market. It was here, a stone’s throw from a covered bridge on Afton Avenue, that The White Swan Inn was built to accommodate overnight travelers. You didn’t have to disembark to enjoy what the inn had to offer; some of the boaters would simply sound a whistle, prompting the innkeeper to lower baskets of rum onto their barges! 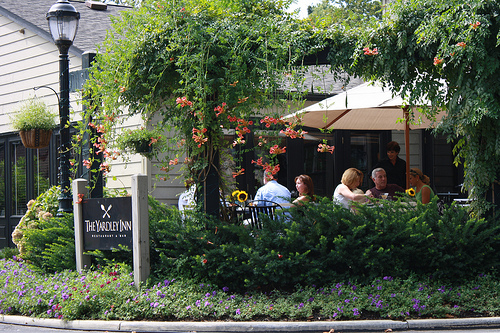 The White Swan was a popular spot for eating, drinking, and lodging until 1882, when Temperance reformers rescinded the tavern’s license. It survived as a cycler’s road house until a man named John J. Fitzgerald revitalized the inn, which remained successful through the first half of the twentieth century. Then, disaster struck with the flood of 1955, which killed 99 people in Bucks County, destroyed the covered bridge, and left nearly $1 billion (in today’s money) worth of damage in its wake. The White Swan never fully recovered, and finally closed in 1958. The dying swan came back to life as the Yardley Inn in 1979 and it is still going strong.

Robert found his culinary passion at a young age, cooking alongside his grandmother and learning family recipes. Although he started his career as a dishwasher, through hard work and an eagerness to learn, he rose through the ranks of several kitchen positions, including line cook, sous chef, and Chef de Cuisine. Robert honed his craft at several popular Philadelphia area restaurants, including Steam Pub and Blue Sage Vegetarian Grille in Southampton, the Salt House in New Hope, and Chamber 19 in Doylestown, Pennsylvania before joining the Yardley Inn team in 2021.

Sue joined The Yardley Inn family 20 years ago. She is our in-house event coordinator and schedules affairs such as weddings, birthdays, mitzvahs, and any other special occasion our guests may need. Sue takes pride in her work and loves the relationship-building aspect of her position. With her expertise, she has guests returning to schedule all of their important events. Outside of working at The Yardley Inn, Sue spends her time taking long walks with her dogs and gardening! She enjoys spending time with her two grandchildren. 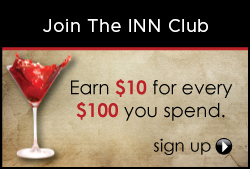 The Yardley Inn Newsletter is published with the change of the seasons. If you don’t currently receive our newsletter, subscribe now!
Join Email List